2006 Penny Error List and Value – Many 2006 Lincoln pennies may be found in your pocket change, as you probably know. Chances are that you either spent or threw them away on a rainy day. Did you also know that certain 2006 pennies are worth more than their face value? Yep, it’s a lot more than just face value! 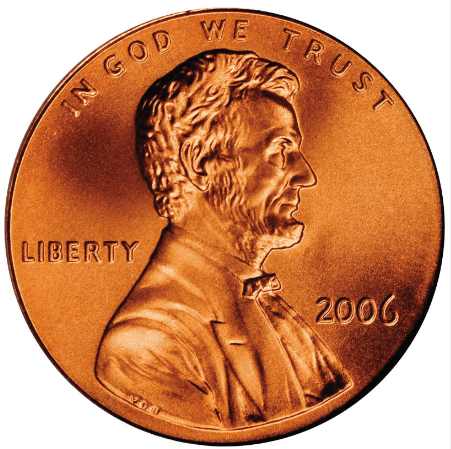 The Philadelphia Mint produced 4,290,000,000 pieces of the 2006 penny with no mint mark. You might believe that the 2006 penny no mint mark penny isn’t a very uncommon or valuable coin because there are over 4.2 billion pieces… with a huge old “B!” And, as a matter of fact, the majority of pennies found in pocket change in 2006 are worth just one cent face value.

Uncirculated specimens, on the other hand, that seem to be freshly minted and have no signs of wear are usually worth 10 to 30 cents each.

Professional Coin Grading Service graded and auctioned the most valuable 2006 no mint mark penny, which was graded as MS68RD and sold for $2,640 in 2020.

A pretty penny can be found in many 2006-D pennies! 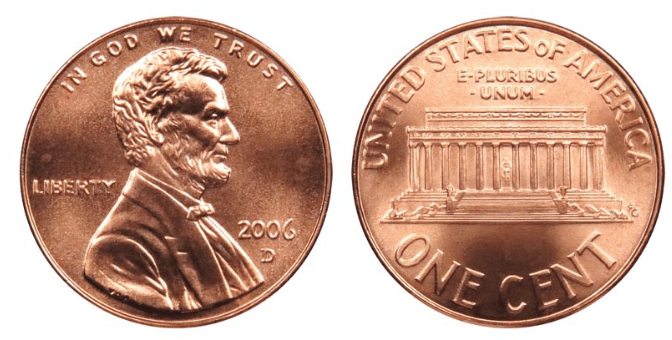 As a result, how much are 2006 d penny worth? A loose-change coin with a 2006 D penny date is usually worth just one cent in value. Pennies from 2006 have a value of 10 to 30 cents depending on their condition.

What’s a satin-finish penny? Mint sets issued by the United States Mint in 2006 included a unique sort of Lincoln cent, which was offered for a minimal premium to coin collectors.

Each coin that was produced for and used in circulation is included in the 2006 mint sets, one of which is specially minted. A satin version of the 2006 Philadelphia no mint mark penny was among the coins in question.

“What does a satin-finish coin look like?” Unlike the more brilliant finish seen on the regular-issue 2006 pennies that were struck for circulation, the term “satin” refers to a kind of matte finish that isn’t too shiny or reflective and is frosty looking.”

Professional Coin Grading Service assessed and sold the most valuable 2006 satin finish penny for $1,725 in a 2010 auction.

Together with its 2006 Philadelphia Mint cent cousin, the 2006 satin finish penny with a “D” mint mark, was included in the 2006 mint set. 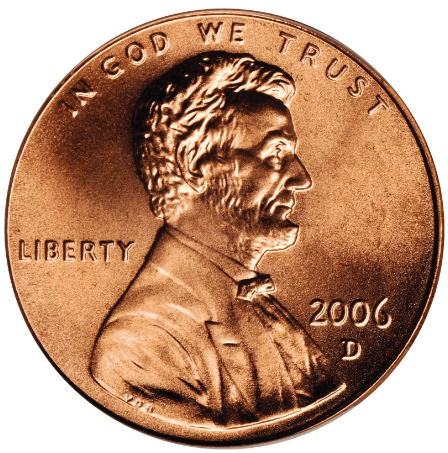 United States Mint proof sets for collectors included the 2006-S penny. What do you envision a proof penny to be? Mirror-like surfaces with frosty designs and lettering characterize modern proof coins. By polishing the coin blanks at least twice on high-tonnage presses using specially designed dies, this effect can be achieved.

The coin has such intricate detail that collectors will like it.

The United States of America In 2006, 3,054,436 proof pennies were produced at the mint branch facility in San Francisco, which was used at numerous levels of proof sets. 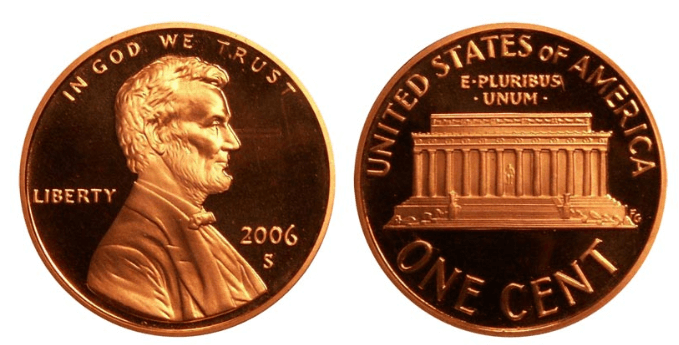 Note: Is Your Penny’s Grade Known To You? You must first understand what condition (or grade) your coin is in before you can determine its genuine value of it.

Some of the most valuable 2006 pennies were made with mistakes, and they’re worth looking for. This 2006 mistake and variety of pennies is worth keeping an eye out for:

A die that was impressed by the hub twice and at different angles or positions is seen on some 2006 pennies, indicating that they were struck by it. Depending on the error at hand, a 2006 doubled die penny may appear to have either significant or minor doubling.

A raised, vertical line resembling a capital letter “I” between the letters “B” and “E” in the inscription “LIBERTY” is caused by a type of defect known as a die break — which can occur on any coin. This variety is unique to Lincoln cents and appears on these coins.

Breakage (also known as die cracks) comes in a variety of shapes and sizes. However, coins with certain types of die cracks or on particular regions of the coin will frequently attract collectors’ premiums. With 2006 BIE pennies going from $5 to $15 in this example, the BIE variety is rather collectible.

Since the coin wasn’t struck properly on center, some 2006 pennies have a portion of their design missing. Coin values are all over the map due to off-center errors, which might range from 1% to 99%.

However, there are also some of the uncirculated grades of 2006 no mint mark that can give a lot of value. The pristine, 2006 penny value can be varied based on their grades, pristine conditions, and rarities.