1977 Penny Value – Most people think the Lincoln penny is worthless, but did you know some Lincoln pennies are worth more than you think. 1977 penny value is now one of the highest value coins you can get.

Especially coins that are in an uncirculated condition. This 1977 Penny is a coin that is generally circulated and becomes one of the coins that may not be worth it. But this coin seems to be valuable and gets the highest value under certain conditions. 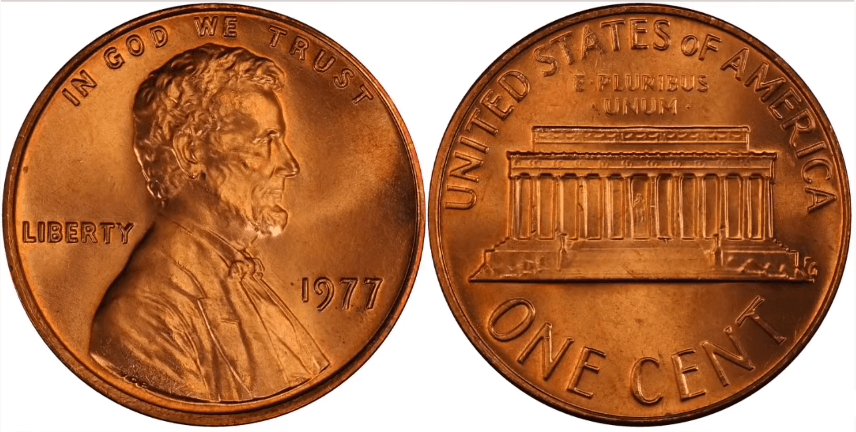 For those of you who want to know why is the 1977 penny worth so much and how much value you can get from the coins, you find in your pocket, read this article to the end because we will provide some criteria for coins with the highest value.

This 1977 cent may be worth more than you think. Especially if you find this money from your pocket. But not all 1977 are rare because 1977 rare penny value are now getting the highest prices under certain conditions.

A rare coin means there is a variety of fault that makes it of great value. Then how to find rare coins so that we get high scores?

Before you know how to determine the 1977 penny worth, you should first make sure of the condition of your coin. Because not all 1977 Lincolns are valuable and rare.

The US Mint scored 1977 in several varieties namely:

Minted in Philadelphia in the amount of 4,469,930,000 pieces and became the coin that was generally used for transactions. This coin has minimal errors and there are only a few coins that have varieties.

Due to a large number of mints, this coin is minimally error-prone. But you can find this coin under certain conditions. Most of these 1997 no mint marks are found in circulated condition and are starting to show signs of wear and tear.

The coin, minted in the Denver Mint, has the mint mark D under the year of minting. This coin was minted in as many as 4,194,062,300 coins and became the coin that was generally used for transactions. 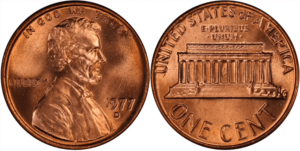 Because of the large number, this coin has become a coin that is commonly used for transactions. You may even find this coin in a circulated condition.

The US mint also mints special coins owned by coin collectors. This 1977 S proof was printed in San Francisco in only a limited number of 3,251,152 copies.

It is because of this limited amount that the 1977 penny value can be very valuable, as you will only find this coin in an uncirculated condition.

You can still find the Lincoln penny that was minted for nearly 4.5 billion in your home. However, this old penny showed signs of wear and tear when found. Because the numbers are very large, this coin is circulated and goes through a lot of hand movements.

Coins made of copper can be worth more than 2 cents, this is because of the extra copper metal used to mint the coins. The 1977 cent was made using copper and precious metals, which is why many people collect them and hope for more value.

To determine how much 1977 penny value you can get, of course, it can be seen from the condition of the coin. Uncirculated coins will have a higher value than circulated coins. Many 1977 penny no mint marks were deliberately left out and never spent.

This is what makes the value of this coin even higher. For the 1977 penny value, no mint mark has ever reached 10 to 25 cents in circulated conditions. The coin is showing signs of wear and tear but the inscription and graphics are still clearly visible.

1977 penny value $2,654 in MS66RD condition on 1977 no mint mark coins. These coins are rated by Professional Coin Grading, even these uncirculated coins can be worth more than you think.

While not being rare or the variety unique, this 1977 penny no mint mark value can be worth more even in uncirculated conditions. This shows that many people still keep it today and hope to get more value than expected.

This penny with mint mark D is found on coins minted in the Denver Mint. Coins totaling nearly 4.2 billion are coins that are commonly used. The 1977 D cents are not rare coins, but they are hard to find today.

This is due to the copper content it has, so many people finally save it and want to sell it at a high value. These coins were originally circulated and became the money used for transactions. 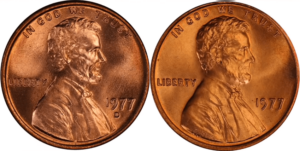 However, due to the high price of copper, many people finally prefer to keep it. This 1977 D coin can be priced at 2 cents in circulated condition and is a coin showing signs of wear and tear.

1977d copper penny value can be worth even more if you find it uncirculated. Many people still keep it now, but they do not know how much value they will get.

An uncirculated 1977 Lincoln D cent, worth hundreds or even thousands of dollars. What is a 1977 D Penny Worth? These uncirculated coins are worth an average of 10 to 25 cents under certain conditions.

But in 1977 the most valuable penny value ever sold at auction in 2016 was $7,050 in MS68RD condition as assessed by Coin Grading Professionals. 1977 pennies worth money with the highest value ever for a Lincoln penny minted in such a large quantity.

This variety of coins may not be rare coins, but because they are made of copper many people end up keeping them and these coins disappear from circulation. Although initially this coin was minted as a coin that is generally used because many people kept it eventually this coin became rare.

This is what makes the 1977 d copper penny value higher even in uncirculated conditions. This shows that there are still many people who may keep it for sale in the next few years.

Below are some lists of penny values that we have summarized in the previous article, please check to find out other types of coins:

This limited coin is only minted specifically for collectors. These coins have finer details than circulated coins or those that were minted in large quantities. This particular coin is minted using a high tonnage that can display the smallest details of the coin.

This 1977 S penny became a rare coin that may only be owned by collectors. Unlike the previous two varieties which are common coins used for transactions. The US Mint sold these coins directly to collectors, which are still in storage.

This coin is not too rare, but because it is only owned by collectors, you may find it difficult to find it on the internet. These coins are minted to be uncirculated and only fulfill the request of collectors.

Most 1977 S’s are worth $1 to $2 under certain conditions, especially coins that show signs of wear and tear. This causes the 1977 penny value you get may not be as high as the coin variety in circulation.

Of course, these coins are of great value if you manage to find them under certain conditions, especially uncirculated coins that have not shown any signs of wear and tear.

It is very important to know the condition of your coin before selling it. This will affect the 1977 penny value that you will get. Coins under certain conditions will get the highest value.

This is the reason why many people deliberately save it because they want to get a high score. 1977 penny worth money is uncirculated and has certain errors.

What is the 1977 penny error? This is an error or variety that a coin has due to a minting error. Coins minted in such a large number may have errors that affect their rarity.

Coins with errors tend to be rare and hard to find. This is what will affect how much is a penny from 1977 worth. Check out this list of mistakes you might find from this 1977 Lincoln penny.

The first error is the most common. A double die penny error is also referred to as a doubling error on some letters, pictures, dates, or other parts. There is no special marking that might make this coin rare.

This double die error occurs due to a printing error. Even coins with this error number in the hundreds or even thousands of pieces. This is due to the printing press which makes some parts of the coin seem to be printed twice.

For 1977 error penny worth from this error is $25 to $100 under certain conditions. The value you get can be higher when your coin has a clearer doubling sign.

The next mistake is when minting the coins, the dice are not aligned with the coins that are rolled. This shows that 1% of designs are missing. This coin shows a shape similar to a crescent moon.

The visuals are quite disappointing and may not be worth as much as you think. But some people believe this coin is more valuable even though it is cut.

1977 d penny error value is worth $15 to $25. Even the highest grades ever hit more than $100 because they still showed the mint D and year of printing.

1977 penny value with this error is not worth hundreds or even thousands of dollars. This error is usually found in 1977 D. This coin only shows an error in the letter D which looks vaguer.

This is because when minting the mint mark, it does not pay attention to the position of the coin. Most coins with this error are worth $3 to $15. So you can’t get a 1977 penny value more than you think because of this error.

1977 penny error worth hundreds of dollars. This error is the most unique and is known as a die break. You will find simple cracks in the letters BIE.

Although this glitch is not worth more than $150, you can sell it for a higher value. This error is caused by printing which causes cracks in the letters BIE in the word LIBERTY.

Some 1977 penny values with this error are $5 to $10 depending on the condition of the coin you find. However, you can’t expect to get a higher score because of this error.

Of all the coin varieties that you already understand, you can now determine the 1977 penny value. Because determining the value of an ancient penny, requires some special things to pay attention to.

Because this will affect the 1977 penny value you get. The rarer the coin, the better the condition and the greater the value you get. Especially if you store this 1977 coin and it is in an uncirculated condition.