Valuable Foreign Coins – Have ever heard of people collecting valuable foreign coins for investment? You may think that coin collecting is just another type of interest or hobby. Just like some people are interested in collecting toys, cars, shoes, or other things.

One of the most rewarding experiences you can have is turning your passion into a source of money. So, how about transforming coin collecting from a simple hobby to a sound investment possibility and a reliable source of income? 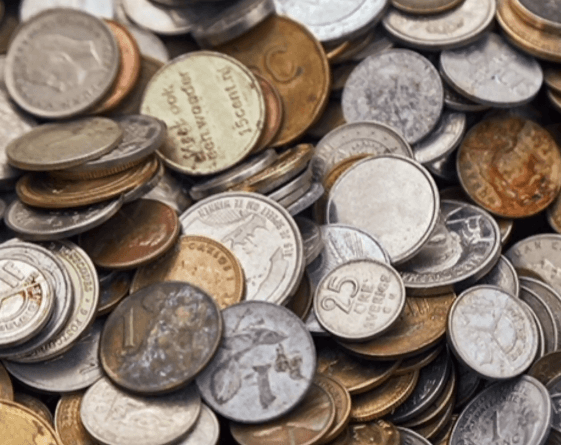 Is Coin Collecting An Excellent Investment?

When you dig deeper and see closer, you will find out that some people are collecting foreign coins as their investment.

When you know exactly which coin is valuable, this kind of investment is worth trying. Even one valuable coin can be valued at more than thousands of dollars!

Is It Only Hobby Or a Good Investment?

It is understandable if you think that collecting coins is only a hobby that could not give you benefits, especially for long-term investment.

But when you know how to value old foreign coins well, you will find out that those coins are worth more than you think.

Coin collectors are interested in preserving valuable foreign coins in their current state. Many people are aware that coins lose their worth with time, but they are also aware that these things may have significant monetary value in the future.

Users are encouraged to collect each piece that is special in some way when collecting coins for investment purposes.

They could be defective, have odd damage, or simply be an older mint from a defunct maker. In either case, coins progressively gain in value over time, making them a good and simple investment.

On the other hand, collecting coins brings out the thrill of the hunt for those who have this thing as their hobby.

Rather than pursuing a coin with significant future value, hobby collectors are considerably more likely to collect coins of their unique interest. This adds to the enjoyment of the procedure.

How Do You Start Collecting Coins As Investment?

Foreign coin values are varied, depending on the age, coin condition, and other considerations that will affect the coins’ value. Starting this hobby to be a beneficial investment will be confusing for beginners. You may wonder how to start this kind of investment.

The question ‘Where do you begin if you want to start collecting coins?’ might be wandering in your mind. We recommend that you begin by looking over your present coin collection. Examine your piggy bank, your car’s ashtray, the cracks in your couch, and the coins you receive at the cashier.

This is an excellent approach to testing the water because it is passive and costs 0 dollars. You may discover that you dislike looking at coins, but you will almost certainly become enthusiastic about collecting.

If you are considering coin collecting as a long-term investment, you will need true commitment.

When you have looked through the free money lying about and are still interested, the next step might be to get some coin rolling from your bank or a nearby store. You can acquire compiled pennies in a box from a bank for around $26 and find around 15 to 40 wheat pennies.

The wheat pennies were produced between 1909 and 1958, and while they are not particularly valuable, they are a good place to start if you are short on cash.

Collecting a coin that is more than a century old is a thrilling experience.

Furthermore, because pennies older than 1983 are mainly copper, the copper worth of a box of 25 dollars pennies is often $35 up to $40. As a result, they are only worth less than 0.5 in copper.

Some Considerations Of Valuable Coins

Coins age just like humans; except they are not made nearly as regularly. The age of a coin becomes increasingly important over time, especially as our societies change how money is handled.

Your valuable world coins’ age can result in a significant value increase, and you may not even realize it! Coins that have been cleaned and conserved without eroding substances on their surface can withstand the test of time and even gain in value over time! Because of their age, ancient coins are usually extremely valuable!

The value of a given piece of currency is likely to be affected by a variety of circumstances.

You can come across a coin with little or no monetary value, yet it formerly belonged to someone significant. Maybe there were serious flaws in your coin’s production, or a subtle change was made.

What distinguishes your foreign currency’s worth of money from others could be the secret to its worth.

The last consideration we want to share with you is the material of the valuable foreign coins. The materials used to make coins have an important role in determining their value.

As we adapt the materials and metals used to create robust coins and currencies that will last, this may also make them an extremely valuable investment over time. Throughout history, coins have been manufactured of a diverse range of materials and metals.

Silver, copper, gold, silver, nickel, and bronze are a few of the most preferred materials. Because the way actual currency operates may change, it is a good idea to start saving these coins now, giving specific attention to the substance. The most valuable coins are gold coins.

Why Should You Invest Valuable Foreign Coins?

“Do not put all your eggs in one basket,” as the phrase goes. If you have everything of importance in one location, whether it is money or personal development and job choices, you run the danger of losing it all at once.

It is crucial to mix things up with your investments, and collecting foreign coins is a terrific way to accomplish that.

The majority of people have stock, in real estate interests, or bonds. Though these are all excellent investment possibilities, investing in valuable foreign coins is another excellent approach to diversify your portfolio while also making a profit.

Coins gain value with time, especially if they were issued by a specific mint or are of a given age, just as we have mentioned before.

When other areas of the economy, particularly paper money, are in decline, coins with high percentages of valuable metals, such as silver and gold, tend to stand the test of time.

The Definition Of Valuable Foreign Coins

Coins from other countries in the United States are known as foreign coins. These coins could be part of a country’s normal monetary system or a one-off release. Old coins from all around the world are worth more than you think.

Nickels, pennies, quarters, and dimes are the most common coins in circulation in the United States, with a few dollar coins thrown in for good measure.

Besides, the country also mints bullion coins that are often valued more than their face value. Bullion coins are made of gold, silver, platinum, or palladium and are not in normal circulation.

Those are coins in circulation that are worth money. Its physical value might be ranged starting from one to a hundred dollars, but again the valuable foreign coins which are made from those materials are worth more than their physical value.

Many other countries fall in line, so there are plenty of foreign coins special edition, and bullion coins to choose from.

Modern foreign coins in circulation that are not made of precious metals are worthless. Coins from the 19th century and earlier are an exception.

How To Be A Valuable Foreign Coin Investor?

You should know what you are doing if you are interested in investing coins. You do not just go out and buy some coins and then put them in the piggy bank. You simply cannot say a coin has a lot of worth because it is from another country.

You must study which coins are by far the most valued and how to spot a quality coin. The Standard Catalogue of World Coins, produced by Krause Publications, is a good place to start learning about the value of foreign coins.

Another useful search engine is Google, which can quickly produce a reliable listing of the most valuable foreign coins on the marketplace as well as identification recommendations. While coin prices will fluctuate, their relative worth will remain constant.

Find Out The Age and The Mint Of The Coin

The value of a coin is frequently determined by its age, the materials it contains, and the mint that made it. It will also be determined by the issuing country’s credibility.

Krugerrands from South Africa, for example, are famed for their reliability. British gold sovereigns are in the same boat. But in the other hand, the world is becoming increasingly aware of the massive problem of counterfeit Chinese gold coins.

A collector’s value is another concern with foreign coins. A coin collection is frequently valued more than the sum of the parts, which means a collector may pay you more than the coin is valued if it fulfills a significant collection.

Some Examples Of Valuable Foreign Coins

Foreign coins, as previously said, can carry significant value and personal interest on the market. A valuable foreign coin can provide you with an unending supply of information about another country’s past. However, not all foreign coins have the same or comparable worth.

The Islamic Umayyad monarchy minted the Umayyad Gold Dinar in the eighth century. There is only one of them in circulation, and it is part of a valuable collection of some of a country’s or government’s first official coins. 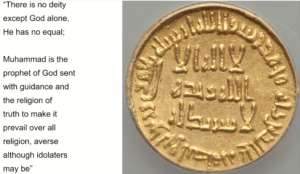 This valuable coin becomes one of the most expensive and valuable coins so far. Mine of the Commander of the Faithful, states the text, pointing northwest of Mecca in Saudi Arabia.

Even the most recent bullion or rare coin can be worth millions of dollars. And the 200-pound coin with a 21-inch diameter has already set a Guinness World Record.

Queen Elizabeth is shown in 99 percent gold with more than $1 million face value. The value changes with the price of gold and as time goes by, it is valued at about more than $3,8 million.

Outside South Africa, this uncommon coin is seldom known. The story of this coin followed the war of Anglo-Boer in South Africa.

In the first stage, the Boer Republics produced roughly 130 coins. It’s an artifact from the early 1900s that depicts political and social issues.

The printed nine represents the year 1899, which was coined in 1898. The term ‘Single 9’ came from the fact that there was nothing but a huge nine on the surface. 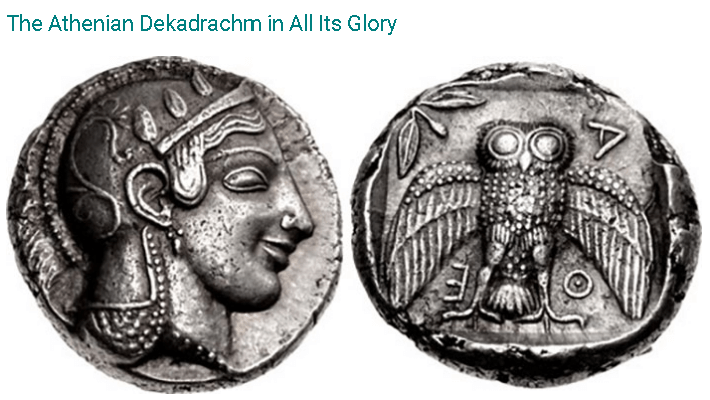 It is no surprise that the 409 up to 406 BC coin set many price records. The unidentified minted coin has a level of realism that is unparalleled in the period.

On the obverse, a quadriga is driven by one Greek God with an eagle and a snake, as created by Myron. Two eagles perch on a lying dead hare on the reverse, which was designed by Polyanions.