1919 Penny Value – The Lincoln penny, for the most part, is still in use today. However, the 1919 penny differs somewhat from the present version. It’s also worth noting that collectors are drawn to the 1919 Lincoln cent because of its rarity and historical relevance. There are a lot of collectors out there who want these coins, and they’ll pay a lot for them as per the 1919 wheat penny value.

On the obverse of the 1919 Lincoln penny, you will see a portrait of Abraham Lincoln. It’s very hard to see him clearly on the obverse, but to his left is the word “Liberty,” To his right, the year of minting is 1919. “In God, We Trust” is written above Lincoln’s head on the outside edge of the coin. 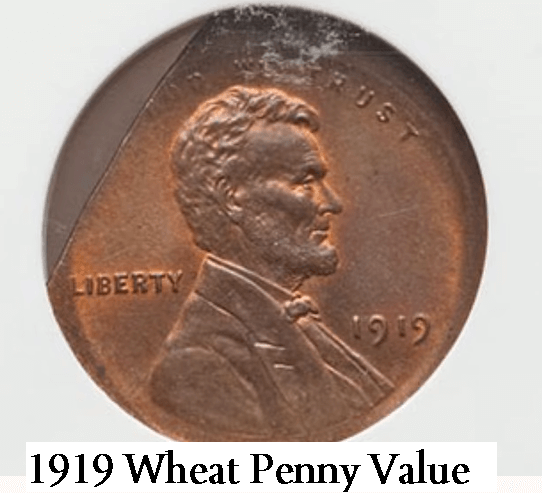 There are two single wheat stalks on the back of the coin, one on each side oriented to the left and right. “One Cent” is written on the stalks of wheat between the two wheat ears. The Latin phrase “E Pluribus Unum” soars over the top of everything else.

In part, because the wheat penny is so common see this information about the most valuable wheat pennies for more details, and partly because the 1919 mintage isn’t very interesting in terms of design or composition, lower grades of this coin aren’t often worth very much.

This isn’t to imply they’re worthless: the wheat penny is indeed a mainstay of coin collections and has a steady market, with even poorer grades of all the 1919 wheat penny fetching more than its face value to collectors. Additionally, better grades may command a premium.

Depending on the mint mark on your 1919 wheat cent, you may be able to acquire a higher or lower value depending on where it was minted. The 1919 wheat penny no mint mark value, is worth $0.25 in good shape. When it’s very good, the value is about $1.

When it’s in very good condition, the value is somewhere around $3.25. The price of coins having an MS 60 grade in the uncirculated condition is around $14. It costs about $28 for coins that haven’t been used.

The Value and Condition of a 1919 Penny

One way to figure out how valuable a coin is is to look at its grade. It’s often a big part of the value to look at how things are in the first place. A grade is a term used by collectors to describe how well a coin has been kept. 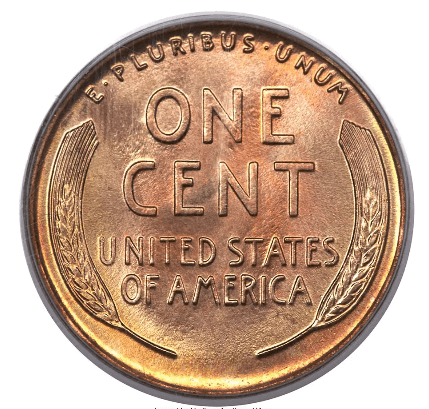 They range from Good to Uncirculated. A few sheets of paper protect the surface of coins from getting scratched. These grades decide how much is a 1919 wheat penny worth:

Uncirculated Grade: Bright lustre on the surface means the coins are in mint condition. There should be no signs of wear on any part of the coin to show a high-grade coin.

Make sure there isn’t any wear on a coin in order to put it in mint state. Lincoln’s cheek and jaw are the most important parts to look at.

This isn’t the only place where you’ll see the first signs of wear: the eyebrow. There must be no smoothing or colour change in this picture.

A coin with a shiny surface and a texture that matches the surface of its forehead means it hasn’t been used. This 1919 wheat penny has a lot of strong and well-defined features. Details of the bow tie can be seen, and the overall crispness of the tie is appealing.

This is an “extremely fine” grade. As a coin wears, small areas of flatness start to show up on the high points. A coin that has a little bit of wear is Extremely Fine.

Lincoln’s brow is starting to flatten out, and there is a little region of flatness visible. Look at how high and far apart his brow is from his temple. The high and low features are very clear.

This example in the Extremely Fine grade has a lot of colour contrasts that make it look good to the eye. Attractive features help make a product more popular in the market.

Fine Grade: There has been some wear, but it hasn’t completely ruined the surface. The hair waves on a coin in Fine condition can still be seen. Judge the eyebrow, and make sure there is a small but clear separation between the forehead and the temple.

This example is in the Fine grade because there is still a clear shape to the eyebrow. In circulated grades, collectors look for 1919 wheat penny error value coins with features that make them stand out from other coins in the grade.

Surfaces that look good are shown in this example. There are no distracting marks. This is a very good thing about the fields on the coin.

How Valuable can a 1919 Wheat Penny be? These are rare mint error pennies and other high-graded coins that sold at auction for a lot of money.

Good Grade: Wheat cents in the good grade have a lot of flat surfaces that connect. Lincoln’s eyebrow and the space where it meets his forehead are now one flat area in this picture. There is also a little mention of what a temple area is.

Details above the eye aren’t rough, and the lines and shapes aren’t too small or sharp. A significant outline still distinguishes the image from the coin’s background.

Collectable wheat pennies from the first decade of the series (1909–1933) are in high demand. Collectors want coins with rare dates and mint marks because they can get them for a good price. It has a nice brown toning to make this piece even more appealing.