1921 Penny Value – Many people have thought about investing in old coins like pennies, dollars, cents, or rare antique gold coins. Many people also have thought about abandoning these ideas due to the recent recession, looming economic crises, and increased gas prices. So, does collecting pennies like with the 1921 penny value still a viable investment? And how much is a 1921 penny worth for its current value?

Compared with other types of pennies, the 1921 Penny, by all means, wasn’t the rarest, or most expensive, however with the right conditions, and the right time, it could be quite rare too.

The standard US 1921 wheat penny is worth around the same as its initial face value of $0.02 for the circulated piece of pennies, but the price could increase depending on its uncirculated conditions, grading, conditions, 1921 penny error, and type.

You need to take note, that the 1921 wheat penny series, was the 6th lowest mintage total in a year, with a total of only 54.430.000 cents minted in this year, leaving it one of the rarer grades of the Lincoln wheat pennies.

It is only available in two varieties, the 1921 no mint mark penny minted in Philadelphia, and the S penny from San Francisco.

The Denver version was suspended due to a certain problem, striking silver dollars. Hence, there is no D penny, unlike other penny of its variety. It is also known as the two varieties penny, making it rarer, and much more valuable than the usual wheat penny.

In this article, we will show you the 1921 wheat penny value discussion and analysis, its market value discussion, tips on investing or buying some of the older wheat pence, and also answer most basic questions when looking at the old penny, like how much is a 1921 penny worth today, and so on.

Here is a guide on how you should buy or invest in the old 1921 Wheat penny.

Specifications And Models Of The 1921 Wheat Penny

Before we continue to discuss and analyze the value of the 1921 wheat penny and know how some of the pennies could be worth more than their initial value, we need to know first its specifications, and models of the penny itself. Here are the 1921 penny value models, and specifications. 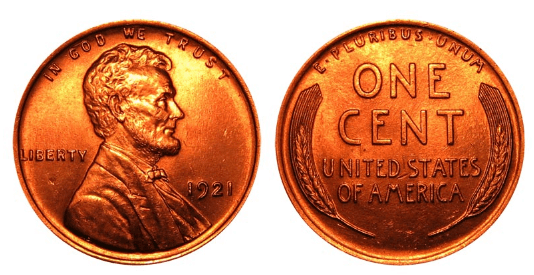 Both of them are minted in different mintage, as well as quantity of mint, and there are also differences between them.

Since the 1921 Penny is considered an older pennies, that has its copper value at 95%, it has pretty good standard prices, for many good condition pieces, as well as some of the lucky uncirculated pieces of the 1921 penny value.

To know and understand why the 1921 penny has quite good value, we need to look at the history behind it, as well as what changes made some pennies rarer, and more valuable than other.

The History Behind The 1921 Penny Value

When we look at the history behind the 1921 Lincoln wheat penny, most of the time people would just think of it as regular coins.

However, there are many histories behind it, as well as some changes here and there that make some of them quite good value.

The history of the 1921 penny value started from the initial design of the coins themselves. It was initially designed to replace the older Indian head penny.

During the 1960s, the US government changed the metal composition of the minted penny, from 95% of a copper penny to 99% alloy penny.

This change gradually shifted the copper needs for the penny, to be used for many more industrial needs, as copper is one of the most versatile and used metals for industrial, military, to even medical needs.

Furthermore, people could also melt the penny to get the metal value inside it. The melting price for the 1921 penny value is around $2, due to the rarity of copper value.

However, melting a penny is illegal, and you could end up in jail if get caught melting an amount penny. Do it at your own risk. The copper penny value inside the 1921 penny value is also somewhat collectible by many collectors, making many people want to get their hands on these collections.

How We Valued The 1921 Penny Value

There are a few steps to identifying the penny value of the 1921 penny, and understanding the process would let you identify, as well as know some of the best 1921 penny values out there. This will also let you avoid any misconceptions, and scam from many people that wants to scam from the fake old penny.

Identifying the 1921 Lincoln penny value requires many steps in its process, and this process involves three major factors, and that is Date, Mint Mark, and Condition. 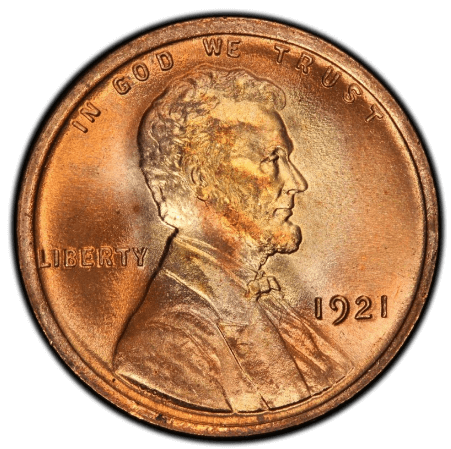 Comparing your coin to the standard grading images of the coin will provide a good idea, and indicator of how well the coin is preserved, thus knowing the 1921 penny value, and its stable market value.

To value the rare 1921 penny, we need some steps in identifying the value, as well as its grading, so here are a few steps that could let you identify the value, and know the standard market price of each piece.

Steps To Know And Identify The 1921 Penny Value

For some of the early wheat cents, the 1921 penny value would need closer inspection to judge its conditions, as well as placing it accurately on the grading and value charts.

Other factors like popularity could also affect its price, combined with the rarity factors, scarcity of the coins from the early years of the Wheat ear penny, make the 1921 penny value increases more to this day, especially some of the recognized higher grade.

Collectors always assessed and processed the coin with the same steps by steps methodology to confirm, assess, and value the different pieces of old pennies ( most valuable wheat pennies ), to take them, and include them in their collections.

You can refer to the price of each different grade, and variety here in our 1921 penny value chart.

Since there are only two variations of the 1921 Lincoln wheat penny, only the 1921 no mint mark variations, and the 1921 S variations, the chart would be pretty simple.

The prices could change and increase at any time and situation, so you would need to keep yourselves updated from time to time. 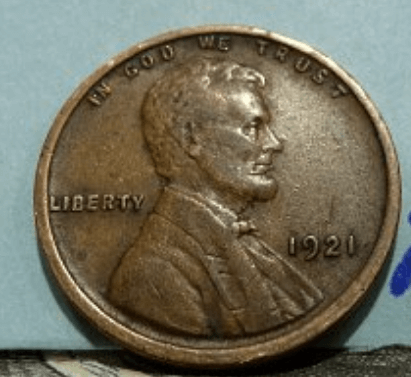 Now, for the 1921 s penny value, for the good grade, the base value is around $0.84, the fine grade is valued at around $2.75, the extremely fine grade is priced for around $33.5 and could be worth more, and the uncirculated grade could even be worth for more than $61.

This penny value chart has been updated with information, valued up-to-date in 2022.

The Grading Of Lincoln Pennies

One thing that affects the price and value of Lincoln’s penny is its grading. The grading is leveled on how well the coin was preserved, hence the ideal conditions that regard them as rare and valuable.

Correctly assessing the grade of each penny are very hard, and sometimes you can just go to the local coin grading service for it.

The 1921 penny value grading and charts would define the order of each grade, from the usual good grades, fine grades, extremely fine, and also some uncirculated grades.

Along with some examples of high-definition images that could prove useful in knowing how much is 1921 penny is worth.

The brown tone of the coin has also been present, but it is quite preserved, with the value of extremely fine could reach around $4 to $13.

Upon close inspection, you will see that the major details of the Lincoln head are still present. Nonetheless, it is valued at around $0.8 to $3.

A good grade is quite common among collectors, and the 1921 Lincoln penny good grade could reach around $0.3 to $0.8.

If you want to understand more about the 1921 Lincoln wheatear penny, how much it is valued in the current old coins market, and what kinds of Lincoln penny that worth the money, then here we can give you some of the frequently asked questions to help you in your collection, or if you want to invest more in the old coins ( valuable foreign coins ).

Well, the 1921 Lincoln penny wasn’t the rarest penny of all, however, since it is also the 6th lowest minted pennies in the series, it is also quite rare. The worth of the 1921 penny depends on its condition, grading, and its variations. Generally, the good grade could fetch around $0.4 to $0.8 per piece, while the finer grade could fetch more than $5 to even a whopping $60 for the uncirculated grade. 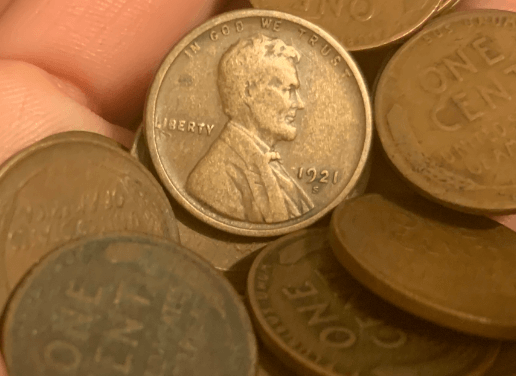 Is a 1921 penny worth anything? The 1921 Lincoln penny is at least worth around $5 if it is fine grade, however finer grade is quite rare, so you might want to try your hand on the collector’s package, or mystery box. The 1921 wheat penny is worth around $0.2 if it is poor grade; however, the prices could increase depending on its grading and conditions.

Where is The Mint Mark On The 1921 Wheat Penny?

What Penny is Worth 1 Million?

Well, if you are asking if there is any penny worth 1 million, and where you can get them, then you are asking pretty dumb questions. Finding a penny worth at least more than its initial face value is already pretty hard, and finding 1 million pence is impossible, as they are locked in museums, or behind collectors’ safes.

Only one instance of a penny ever sold with 1 million, and that is the 1943 S Lincoln penny.

It all depends on its grading, conditions, as well as the variations of each penny. Each penny has different grading, and to judge its grading you would need to have a good eye, and knowledge regarding the penny.

Some of the 1921 pence could be worth more than its initial face value, and most of the time you can get around good grades, with a price of around $0.4 to $8.

That’s it our guide, discussion, as well as market analysis of the 1921 penny value and worth. We also provide you with a guide on how you can grade the penny, as well as the variations of each 1921 Lincoln penny.