Skip to content
Share This Post
1912 Penny Value – Do you have a 1912 penny? Is a 1912 penny worth anything? Do you want to know about the 1912 penny value? Learn about the 1912 penny coin value guide here. Some of the 1912 pennies are worth around 20 or 30 cents, but you can get more than hundreds of dollars if you are lucky.
If you are looking for the 1912 penny for your coin collection or maybe you have a 1912 penny in your pocket change, then it is the right time for you to know about this penny. Because this old penny is worth a lot more than any other old penny.
What is a 1912 Penny Worth?
Generally speaking, today’s 1912 wheat penny value range from about 20 cents to $500 or more. The value will be dependent on the condition of 1912 pennies such as errors, varieties, the presence or absence of a mint mark, and some other factors.
List of 1912 Wheat Penny Value
If you want to collect or sell your 1912 penny, you have to know about a mint mark first. A mint mark on an old Lincoln penny is an indication that the coin was struck in the U.S Mint facility.
Look at your 1912 penny right now, you can find a mint mark under the date on the head side or on the observe. 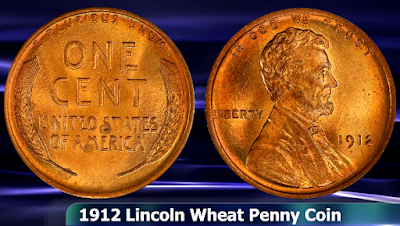