The penny is a modern coin and not worth a fortune because it’s readily available. Let’s learn more about the coin.

One cent 2009 commemorative penny is also called an 1809 penny because it is minted to remember the 200th birthday of the great American president Abraham Lincoln.

These bicentennial coins have colossal respect and value in the hearts of Americans, who remember the great struggle of Abraham Lincoln.

The 2009 1 cent has a picture of Abraham Lincoln’s childhood house. The coin is released in the near past; therefore, it’s unfortunately not worth much. Suppose someone told you that an E Pluribus Unum penny 2009 is expensive.

They were lying; YouTubers spread these kinds of lies to increase their views.

1809 E Pluribus Unum penny is called “the birthday and early childhood” penny. The penny was minted to remember the bicentennial birthday of the late great president.

The coin also has the childhood house of Abraham Lincoln; therefore, it is called the birthday and early childhood penny. How much is the value of the 1809 penny? We will discuss it further later.

What is a Commemorative Coin?

A commemorative coin is a coin that is minted on some special occasion. These are memorial coins and are minted to remember a particular day.

2009 penny E Pluribus Unum 1809 is also a commemorative coin. It is minted to remember the 200th birthday of the great president of the United States.

The coin has an image of Lincoln’s early childhood house on the reverse side. The coin is excellent and mimics the importance of the occasion.

Lincoln was the one that again united the whole nation; therefore, E Pluribus Unum is mentioned on the coin. This is done to remember the extraordinary efforts of Abraham Lincoln.

People will never forget Lincoln as one of the most outstanding leaders of the United States. The person who kept the country united during the civil wars was Abraham Lincoln.

His death in 1865 was the most significant loss of the nation. Abraham Lincoln was a lawyer and a statesman. He became the 16th president of the USA.

His time as a president was filled with problems; the civil war that expanded over five years was fought as the president of the country.

He led the country during difficult times and ended slavery from its roots. Abraham Lincoln is considered a hero by people of all races.

2009 penny E Pluribus Unum is minted to remember the extraordinary efforts of this great leader who worked for human rights. The first president who was ever assassinated was Abraham Lincoln. The tragedy happened on 15th April 1865.

It is a round coin with 19.05 mm of diameter. The coin has a thickness of 1.55 mm. The coin has a reverse alignment, and the milled technique was used in the mintage of these coins.

The 2009 Lincoln penny was minted in 2009. On the front side of the 2009 penny, you have a portrait of the 16th president of the USA, Abraham Lincoln. On the right side of the portrait is the date on which the coin was minted.

A letter is located below the date, which shows the coin’s mint. The mint mark is placed there to show where the coin was created.

On the left side, you can observe their word “Liberty.” The phrase “In God We Trust” is written in capital letters on the top of the portrait.

On the reverse side, you observe an image of a cabin. It is the house of Abraham Lincoln where he was born and raised. Below the house phase, “E Pluribus Unum” is written in bold capital letters. This phrase means One Out of Many.

It shows the courage of Abraham Lincoln that united the different states of the country. Date 1809 can be observed just below the phrase.

In bold letters, On cent can be observed on the bottom. The country’s name, the US, is on the top of the Abraham Lincoln 2009 cent. 2009 penny E Pluribus Unum is a beautiful penny launched to remember Abraham Lincoln. 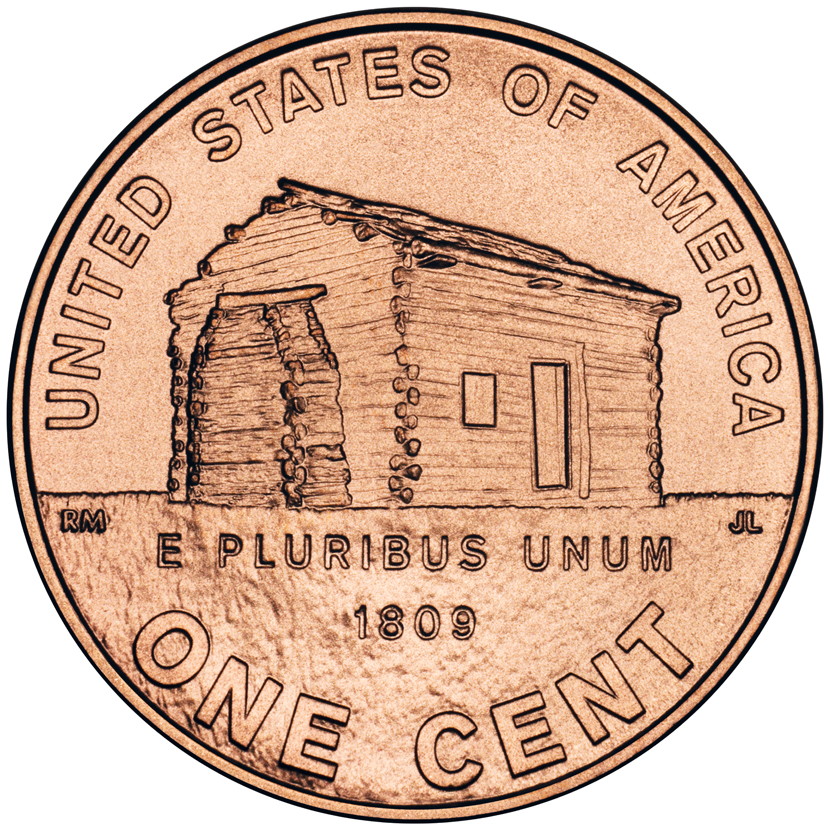 The commemorative coin for the 200th birthday of the great American leader is made out of 95% copper alloy. The same material also makes proof coins.

Satin finish on proof coins makes them look apart. Copper is a strong material; cents are mostly not made from copper now, but it was a commemorative coin specially made for the occasion.

E Pluribus Unum is a phrase that means one out of many. It is a Latin phrase that is also observed on the legal seal. The phrase has roots in American history. It is the motto of the US. It Is believed that it represents the united country created from separate states.

It is often associated with Abraham Lincoln, the 16th president of the US. He gathered and united the separate nation on one motto after the civil war in the 1800s.

The war to eradicate slavery divided the country into two groups, but the efforts of Abraham Lincoln united the country again and gave strength to the people.

The phrase is therefore associated with him. Therefore, it is engraved in the E Pluribus Unum penny 2009.

We will give you all information about the condition and mint of the coins and how you can estimate the value of your coins. 2009 penny E Pluribus Unum 1809 value estimates are given below.

Coin Value According to Mint

Min of the coin has a considerable role in determining the coin’s value. The 2009 penny E Pluribus Unum 1809 is minted in three mints. The mints are located in Philadelphia, San Francisco, and Denver.

The mintage doesn’t have an effect in the case of this penny because it was recently made and is widely available everywhere.

The mint matters in old coins because such coins become rare in some specific mint mark. Therefore, mint becomes essential for the old coins.