Many people’s go-to activity when they are bored or just want to pass the time by viewing something is watching movies. When it comes to watching movies, each person has their preferences and tastes. The audience can choose from a variety of genres, including action, thriller, rom-com, and more.

The best movies to watch to pass the time and beat boredom are discussed in this article. While There are many ways to watch movies and preferences can vary in that too.

Some people love to watch movies on the TV, by getting on-demand movies and some like to stream movies. Some watch it on their phones and some on their laptop screen. 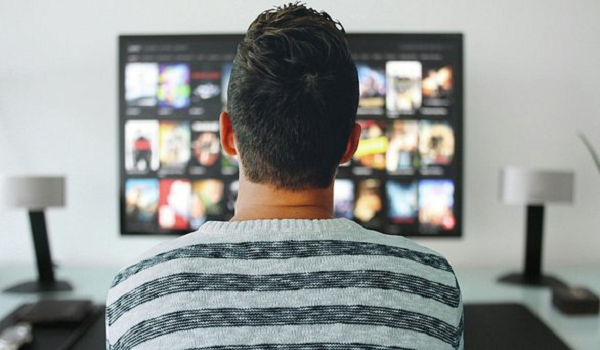 Here, we have combined some of the movies that hit differently at the time of the New Year. Listed below are some movies that are releasing in the upcoming year and the fans are eagerly waiting for them to release.

This sequel to 2015’s Magic Mike XXL, starring Salma Hayek and Channing Tatum, the latter of which is playing a wealthy character. The plot revolves around Mike Lane facing some bad times and going through adversity. This opens up an opportunity for him as he seizes the chance to come to London to fulfill a request for her.

However, he soon learns that Salma Hayek has other plans in mind. Directed by Steven Soderbergh, the movie is set to release on February 10th and fans cannot keep calm about it.

Directed by Scott Cooper, The Pale Blue Eyeeyes is a Gothic thriller set to be released on Netflix on January 6th. The plot of this movie revolves revolved around murders that are being committed at the Military Academy of the United States.

The main leads are Harry Melling who is playing the character of a young cadet who would later become known as Edgar Allan Poe. An ex-detective played by Christian Bale is seen solving and looking into these mysterious murders. This murder mystery has kept the fans waiting eagerly for its release.

This is a sci-fi thriller that has been directed and written by the duo best known for writing and directing A Quiet Place, Scott Beck, and Bryan Woods. They came together to bring the audience this thriller which consists of the storyline where an astronaut crash-lands on a foreign planet.

Later in the movie, the astronaut realizes that he has landed on prehistoric Earth. Adam Driver plays the character of the astronaut. The movie has a strong reputation because Sam Raimi produced it and Danny Elfman wrote the score. The movie is set to release on the 10th of March.

A sequel of the Scream was already expected shortly after the release of Scream 2022. This sequel mainly focuses on the aftermath of the previous movie as it shows the lives of the characters who lived through that movie. The plot revolves around the characters, Sam and Tara when they along with their pals find themselves being terrorized in New York City by Ghostface.

Melissa Barrera and Jenna Ortega play the characters. Unfortunately, Neve Campbell will not be appearing in the movie since she declined the offer because it was less than she thought she was worth for the project.

5. Spider-Man: Across the Spider-Verse:

It is no secret that the Spider-man franchise is greatly loved by the audience. An Oscar was also won by Spiderman Into the Spider-Verse and fans were eagerly waiting for Spider-Man: Across the Spider-Verse. However, unfortunately for the fans, the release of the film was delayed.

Jake Johnson will be seen reprising his role as Peter Parker in this new movie with a great plot and an interesting story that follows. Shameik Moore will once more voice Miles Morales alongside other great and talented artists.

6. Transformers: Rise of the Beasts:

The Transformers franchise possesses a huge fan base around the world so it is no surprise that the fans get excited after every new release is announced. Directed by Steven Caple Jr., the opening of the movie is set for the 9th of June. After Bumblebee, the movie is expected to travel back in time once more. However, this time in the mid-1990s, a couple of archaeologists accidentally get caught up in a three-way struggle between several Transformer groups.

There are a lot of great movies that are expected to come out in the year 2023. If you are one of the movie geeks and love watching movies, you should look forward to the above-mentioned movies. No matter what genre you prefer, these movies will get you hooked and will not disappoint you.