While most 1990 hundred dollar bills are not particularly valuable, the star notes on the note sell for much more money. If you’d like to learn more about these bills, continue reading. 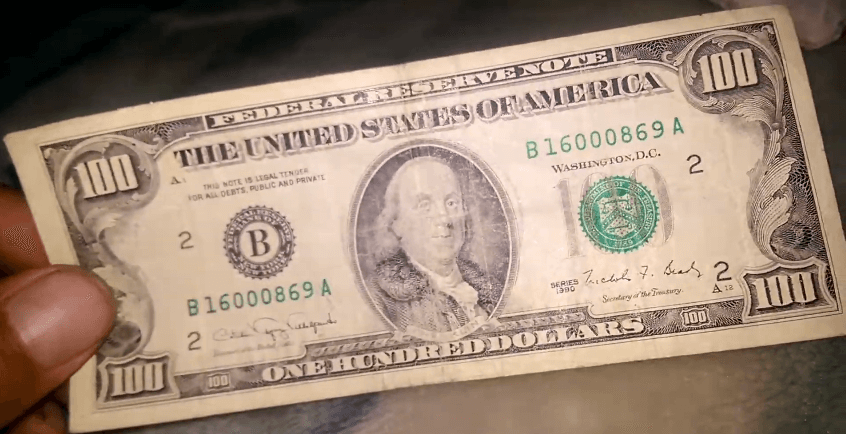 United States Federal Reserve issued star notes which are more valuable and rare. It is usually possible to tell if you have a star note by looking for a star symbol at the end of the serial number. In extremely fine condition, most 1990 series $ 100-star notes are worth about $125.

MS 63 grade notes with an uncirculated condition are worth about $200.

What Are The Security Features Of the 1990 $100 Bill? 1990 $100 bills have a much lower level of security when compared with current ones, things to look for include There’s a watermark on the bill on the right, just above the big 100, as well as a security threat to the left of Franklin’s portrait.

Under UV light, it will glow red. The phrase USA 100 is embossed inside the 100 on the lower left side.

What Kind of Paper is On The Federal Reserve 100 Dollar Bill? The Federal Reserve note paper is composed of one-fourth linen and three-fourths cotton and contains red and blue security fibers. This $100 bill depicts a portrait of Benjamin Franklin on the front and a vignette of Independence Hall on the back. 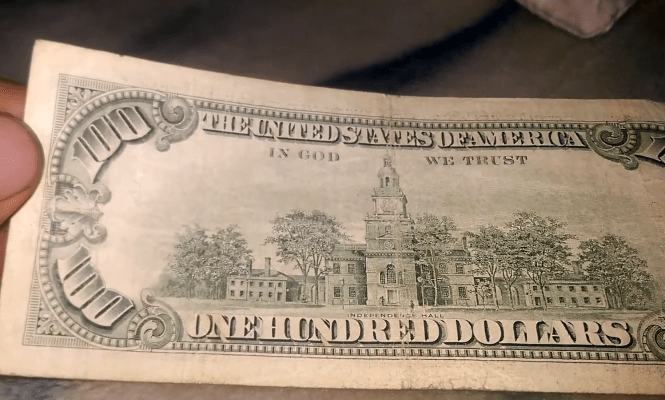 In extreme cases, a note may have just a few subtle marks from circulation. That note will appear bright and have retained much of its crispness. Although there may be some minor creases and folds, there are no stains, discolorations, or tears.

An uncirculated note that displays no sign of ever being in circulation. The note is still in top shape. As well, the note is neatly centered.