1906 Indian Head Penny Value – When dealing with antiquities such as old coins, there are many things to consider, such as old coin type, coin grading, conditions, and all factors that determine its value. If you are a collector, then you might want to hold on to the old antique coins, but if you want to get a quick cash grab, or you have a hobby as a treasure hunter, then selling high-grade old coins might be good cash for you.

There are many types of old coins, different coins from different countries, or coin series.

One of the interesting coins is a 1906 Indian head penny value that sometimes skyrockets when the coin has a better grade.

Compared with another penny, and old coins, it isn’t the rarest or most valuable price of an antique you could find. It is rather common, and somewhat easy to find.

This is due to the mass production after a year of the great recession in the United States, where the Indian head penny has very high demand and has been minted en masse.

However, before knowing the 1906 Indian head penny value, let us know more about its history, as well as what makes this coin have such value.

Even though this is just a common penny, there are specimens of the Indian head penny that has very expensive value, especially the reddish-brown or full-red specimens in the market, however, the price also depends on conditions, clipping, and the initial value. 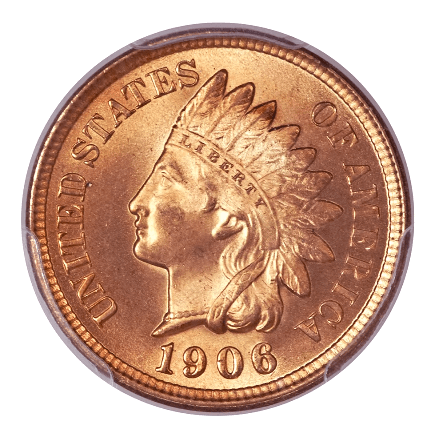 If you are starting your old coin collections, the Indian figurehead penny is one of the most common pennies you can get. Easy to get, and the common specimen is very cheap too.

The most common brown specimens of Indian head penny are only worth $2 to $15. It is much easier, but cheap. If you want a higher grade of coins, then you might want to hunt for it.

The higher grading of Indian head coins, the more expensive they could worth in the antique market. There are three colors for the Indian head penny, brown, reddish-brown, and full red each with its distinct different colorations.

The cheapest and lowest grade of the Indian figurehead penny is brown coloration. It is at least worth $2 to $15. It is the most common coin that can be found in any place, and the easier to add to your collection.

If you are hunting for old coins, try to get the rare uncirculated or unmarked penny that can get more worth compared with others.

The middle grade is reddish-brown specimens that could be worth at least $50 to $250. The bronze in the coin has been slightly discolored, and it is much more worth it than the regular brown specimens.

With the proper conditions, no clipping, and bronze composition, this grade is actually much more worth it than the normal specimens, but it is also much harder to find since it is way older than its brown coins.

The incredibly rare full-red specimens of Indian head penny are one of the most expensive ones, and they could be worth at least $550, to a whopping $26.000.

The reason why the price could increase at such extreme value is that each increase in grading and color could at least net for an increase in price for at least the $50-$100 price range.

The reasons why there are three discolorations of the Indian head penny are because of its composition.

The 1906 Indian head penny is made from Bronze, a metal composition that could discolor and turn reddish over time, thanks to oxidation. The composition of its metal is mainly composed of Copper and Tin. Tin is metal that gets discolored over some time.

The older the coin, the more it turns reddish, as it is getting older, and minted long times ago, It turns into much more valuable specimens of Reddish-brown, or full-red bronze coin specimens.

It is an incredibly rare find for full-red color, but if you get your hand on it, you can get extra rich, if you intend to sell it of course.

The History of The 1906 Indian Figurehead Penny

To answer the question of How much is a 1906 Indian head penny worth we need to know more about the history behind it, how this coin is minted, the reason why the coin is minted in the first place, and who design it this coin.

It was first minted in 1859, the 1906 Indian head penny value was minted to correct the old, and deemed failed Flying Eagle cent in the 1850s. The designer of these coins is James B. Longacre, he was trying to create a coin that could be forged as long-running coins as his numismatic legacy. He creates the 1906 Indian figurehead penny.

It features the bust portrait of lady liberty that wore Native American feather accessories, that’s exactly why it is called Indian head pennies. The figure was flanked on both sides, with the inscriptions of the United States of America, along with the year of mintage for each coin. 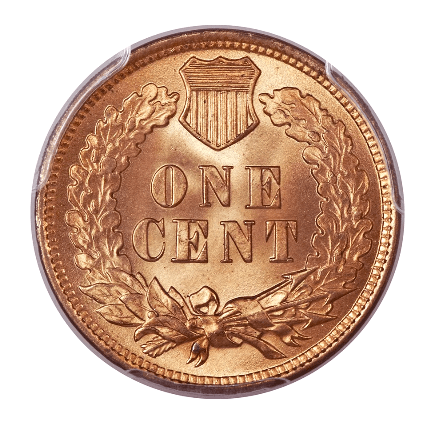 There are two iterations of design that changed in 1860. The first design has a laurel wreath that surrounds the nominations, and in the second design, the wreath has been changed into oak, with a shield, and a bundle of arrows was added as the logo.

Some factors make the 1906 Indian head penny value sometimes change is caused of its composition. There are two versions of each composition. The first composition consisted of Copper (88%) and Nickel (12%). These coins have approximately a mass of 4.6 grams.

In 1864, there are high increases in nickel prices, therefore many people were hoarding this nickel penny en masse, leading to the government changing its composition into a bronze penny. The composition was Copper (95%), and Tin (5%).

Now, to further answer what is a 1906 Indian head penny worth you also need to understand the grading of these antique coins as well as the history behind them.

If we delve further, there is quite a history behind what is known as the predecessor of common penny dollars, and why some of the specimens are worthless, while some might worth even hundreds of dollars.

The History Behind The Minting of The 1906 Indian Head Penny

After the economic recession in 1893, the minting of the 1906 Indian head penny value has become quite healthy and has been increased.

With the total pieces of 39.055.430 cents that have been minted this year, it was produced in Philadelphia, however, it is considered as 1906 Indian head penny no mint mark since it was minted outside of the pre-1907 Indian head penny.

Before this healthy mint, you will find the 1906 Indian head penny mint mark that could reach pretty good value for today in antique coins dealers.

This is due to the circulated and quite older mint mark compared with the coin that has no mint mark. It is also well known, that coins that don’t have mint marks are mass-produced, that’s why it is far more common than older coins.

Thanks to the high production, and a mintage of the 1906 Indian head penny, it remains one of the most common pennies that have been minted.

So, any collector that wants to get their hands on this piece of a penny shouldn’t have any problem thanks to its commonality. As for its value, it depends on its grading, as well as slight coloration, and composition.

There are three grading of this coin, it is based on the slight coloration of the Indian head penny. There is brown, reddish-brown discoloration, and full-red coloration.

This slight change in coloration is caused by the main component of the Indian head penny which is copper. Copper if exposed to air, will turn reddish over years. The older the copper, the reddish it becomes.

To know the worth of the 1906 Indian head penny value you might want to get it authenticated in your local coin grading.

There are many different grades of antique coins, and each grade has distinct differences, and what makes them have different worth.

For example, the 1906 Indian head penny value might not be worth much, if it is the lowest grade, meaning that it isn’t in better condition, there are certain clipping, and no reddish-brown coloration.

However, the most expensive Indian head penny could at least be worth more than $5.000 with Full red coloration, but it is incredibly rare.

Here are grading for each 1906 Indian head penny value:

The 1906 Indian figurehead penny has three different grades and colorations you can collect, each with its differences in clipping, and slight coloration.

Or if you are planning to sell your old coin collections, It is best to research first how much your coin might value in the market, or whether you should hold on to it more.

The lowest grade of brown Indian head coin isn’t worth that much, compared with reddish grades.

If you want to know more, make sure to visit your nearest coin grading, and make sure to research first before deciding to sell it.

That was the grading for each of the 1906 Indian head penny values in the current market. The grading can be different for each coin grading in your state. To make sure you know each worth of your coin, you always need to research further into coins and antiquities. If you are planning to collect them, you can keep them for collection, but if you are planning to sell them, it might be worth it to search for trusted buyers.