A lot of people who collect coins like this one from the 1880s are interested in the 1886 edition. Besides being old, there are two types of coins, and the type of the coin is what makes it valuable. The majority of the 1886 Indian Head coins will be discovered in poor condition, as has been the case with the majority of Indian Head coins throughout the years.

These pennies can sell for a lot of money if they’re in good shape. 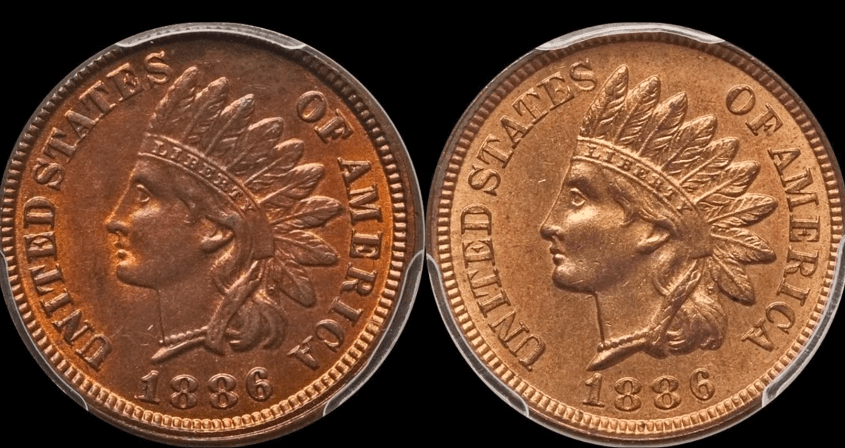 They are 1886 Indian head penny value a lot to most coin collectors, no matter how well they are kept. Because they are part of American history, they are worth a lot.

Minting 1886 pennies near the end, a big change in the look of the coins was made. Several aspects of the headdress, including the positioning of the feathers and how they connect to the text around the rim, have been reworked.

Pennies were given a new appearance in 1886, and they remained on the coins until the conclusion of the series.

The design on the back of Indian pennies changed, and different metal alloys were used in the early years. When the design was finished in 1864, the designer’s name was added. In 1886, the obverse was changed.

A penny that is now extremely different has become a popular and intriguing coin to collect. The value of your 1886 Indian head penny is constantly high owing to high demand.

Is There Any 1886 Indian Head Penny Worth?

Value estimates for the 1886 Indian Head Penny (Type 2) variety range from $13 in average condition to $362 to $545 or more in Mint Condition, according to the United States Coin Book (UCB). Proof coins may be worth as much as $389 or more in certain cases.

Today, collectors and dealers want more 1886 pennies than there are good-quality, well-preserved ones. There aren’t very many of these coins left. Determine if your coin is of better quality and worth a significant premium.

There are different “grades” of coins based on how much wear they have. To grade coins, look at the images to see which one looks like yours best.

The value will depend on the type of coin and how well it’s kept. Below, we’ll look at 1886 Indian head penny type 1 vs 2, two different kinds. 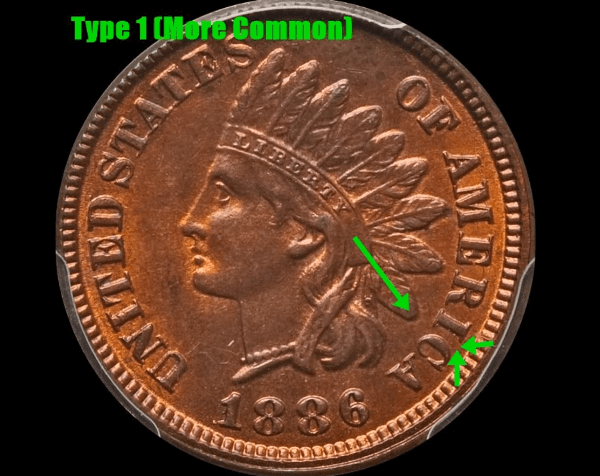 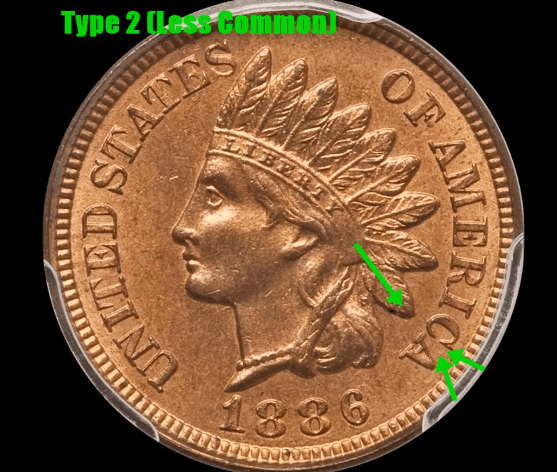 Despite the fact that there are two distinct varieties of 1886 Indian Heads, their values are pretty comparable. In order to figure out how much your coin is worth, you first need to pay attention to how well it looks.

Coins this old go through a process called grading to make sure they are in good condition. A firm usually does professional grading.

However, the parameters below might help you visualize a coin of a given grade. This is to evaluate how much is an 1886 Indian head penny worth.

In terms of 1886 Indian head penny value, coins that never went through circulation are the most sought after. It’s very rare to find coins that haven’t been worn at all since they came out of the mint.

There are only a few known to have the original bright mint luster that spreads across the surface. Check to see if your coin is “uncirculated” by looking at the highest points of the design.

This is what would happen to her feathers and cheek if they were worn even for a short time: they would become dull and a little rough. Under a light, turn the coin around, and put on your shoes to make the luster on the coin look different as it moves around the coin.

However, an Extremely Fine Indian Head from 1886 was not widely available. As long as the faces and images aren’t damaged, these coins will look like they haven’t been used very much! For the most part, the raised parts will also be there.

Indian pennies that have been taken out of circulation but still have a lot of detail are nice. Her face and hair are completely separate from each other with rounded lines.

Font and date are big. The highest design points are from the top of such headband to behind her ear. These are the places where wear takes away a lot of the finer details. Your 1886 Indian head penny is now worth more than $20 to $25. It’s a good one to keep.

The poorest coins are good coins. Though they have been around for a long time, they are in bad shape. Most of the images have faded, and the texture has been completely worn away. These are the most common types of 1886 Indian Heads because they have a low price.