Skip to content
Share This Post
1944 Australian Penny Value – Coins must be owned by everyone. Not only used for transactions, but many people save coins to resell at a higher price.
One of them is a 1944 Australian penny that may be in your coin pile right now. To determine how much is a 1944 Australian penny, various considerations must be made.
Such as demand, availability of wishes, and conditions of coins. If you want to know how much is a 1944 penny worth, read this article to the end because you can get the highest price with the 1944 coins you have. 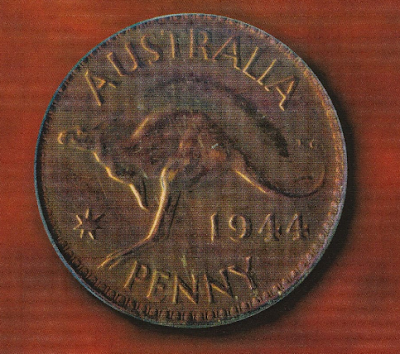 As a reminder, all 1944 pennies are sold under certain conditions such as rarity, coin surface, coin design condition, and so on.
About 1944 Australian Penny
Before discussing how much value you get from this 1944 penny, it’s good that we will first know the history behind the manufacture of this coin. This coin has the same composition as the UK penny with a decimal nominal.
While the first types of Australian penny coins had only text designs, starting in 1938 all designs changed to jumping kangaroos. This design by George Kruger Gray features the iconic Kangaroo image.
This coin was made in 1944 and circulated until 1966. Unfortunately, after 22 years of this coin in circulation, the government finally withdrew it. But this does not reduce its value because the 1944 penny is legal tender.
The face of this coin by Humphrey Paget shows the crownless head of King George VI facing left. On the other hand, this coin shows the Kangaroo which is an animal from Australia that became a legend.
This design was made by Kruger Gray who wrote his name with the initials “KG” on the back of this coin. In addition, there is a Federation star and the inscription PENNY with the year the coin was minted.
Determine how much is a 1944 Australian penny worth depends on the two varieties owned by this coin.
• 1944 Australian Penny Y
The first variety is the most commonly owned by many people, namely the 1944 Australian Penny with the mint “Y” mark. This coin was minted as many as 27,830,000 in the Perth Mint and became a coin that is generally used by many people for transactions.
Because the numbers are so large, many people use this coin as a legal tender. But not a few also save this coin because they expect a high price.
This 1944 penny is made of bronze and has different values depending on the condition of the coin you have.
• 1944 Australian Penny No Mint Mark
Unlike the varieties above, these coins are minted in fewer numbers and make their rare coins. This 1944 Australian penny no mint mark was printed in the Melbourne Mint and a total of 2,112,000 copies were printed.
A smaller amount makes these coins even rarer. 1944 Australian penny value is higher because it is not circulated.
The smaller number makes the owner more willing to keep it than to use it. Of course, you can get a higher price from this rare coin.
How Much is a 1944 Australian Penny Worth?
Just like the article we discussed earlier 1943 Australian penny ( 1963 Australian penny value and how much is a 1912 Australian penny worth ) that there are two varieties of this 1944 coin and make it have different prices according to the condition that these coins have.
As we know that this 1944 penny was minted on relatively soft metal and this coin has been around for a long time. Of course, these coins can be found in different conditions.
As a criterion for judging, we can look at the 1944 penny uncirculated and circulated. To determine how much a 1944 Australian penny worth, we can look at the pennies that were circulated and stored.
While there are no errors in the minting of the coin that make it rare, it has only been in circulation for 22 years and this is a fairly short period. 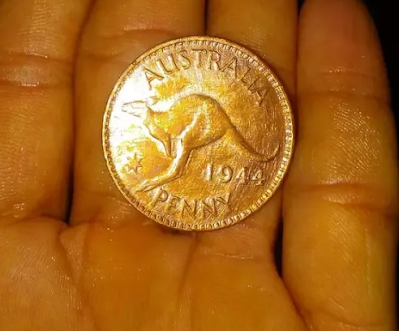