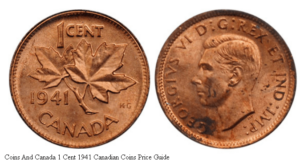 The History Of Canadian Penny

Canadian monetary system ordered Royal Canadian Mint to issue the penny because they still relied on British coinage and the United States currency.

The large penny of 1858 – 1920 was larger than the modern one-cent coin. The pennies were issued in the 19th century. They were used in some states such as Canada, New Brunswick, and Nova Scotia.

Then, the penny has reduced the size to match to American penny, so it can be accepted well by the citizen. Recently, the pennies produced in 1982 can still legally be used in circulation.

In 2006, the Canadian penny was at the peak of mintage because the Royal Canadian Mint produced more than 1,26 billion pennies. And the last penny mintage was on 4th May 2012.

In January 2013, the Canadian Coinage System disagreed with the government’s decision as they will take the pennies out of circulation. Thus, there will be no more pennies or coins in circulation.

By ending the Canadian penny, the people worried about what they will do with their coin jars. The government took the pennies out and gave them to charity.

One International charity located in Toronto has collected more than 70 million pennies and it will be adequate to provide 28.000 people to have their clean drinking water.

The Royal Canadian Mintage said there is still more than $60 million of pennies out there for the charity to receive.

What Are The Specifications Of 1941 Canadian Penny?

The observed side of the coin depicts King George VI with a should-up. And with the inscription of “GEROGIVS VI D: G: REX ET IND: IMP:” which means “George VI, by the grace of God, the King, and Emperor of India.

While the reverse side featured two maple leaves with the same twig.

The edge was smooth. There was a 1941 Canadian penny KG, the initial “KG” described the name of the designer, Kruger Gray.

And also penny with the initials “HP” showed that it was designed by Humphrey Paget.

The Designer Of The Coin

The designer of the 1941 Canadian Penny Value is T.H. Paget and G.E. Kruger – Gray. Both designers were from the United Kingdom.

T. H Paget with the full form of Thomas Humphrey Paget was a coin designer and modeler originally from England.

He was born on 13th August 1893 in London and died on 30th April 1974 in Sussex. He attended study in two schools of art, first at the Central School of Art and Craft, and second at Royal Academy Schools.

His designs were indicated with the initial “HP”. He was first pointed out by Royal Mint in 1936.

He was most remembered for his design of coinage and stained glass windows. He attended his education at the Royal College of Art.

He died on 2nd May 1943 in Chichester, United Kingdom.

How Much Is A 1941 Canadian Penny Worth?

Commonly it is not quite worth it, but if you have it in your pocket, keep it well, as probably someday it will be such a valuable penny to sell.

The penny was minted in Canada with a portrait of King George VI.

Everyone will be wondering what is the rare Canadian penny list which makes it very valuable in the world.

Canadian Silver Nickel Penny – These pennies were made of silver and the last mintage was in 1921. The silver was high silver content, so many people had melted them and now the pennies are extremely rare to find.

If you are a coin collector, it is better to know the coin is appraised before you purchase it.

The total amount of this penny perhaps only five, so that makes the penny was very rare and has the most valuable worth.

1921 50-Cent Penny – This one is well-known as the king of Canadian Coins. You will be wondering why? Let’s find it. The total mintage of this penny was 50 – 100 in circulation.

The company minted the penny for large numbers but very few only to be in circulation. And the rest were melted down to make the newest version.

That is why the uncirculated remaining coins are very valuable and can be worth up to $ 335.400.

1911 Canadian Silver Dollar – This coin became the world’s most valuable. And there were only 2 coins minted. One of them is now put at the Canadian Currency Museum located in Ottawa, Canada. And the other one was sold to a private collector in 2019 for $1,066,000. This is the highest price of Canadian coins.